Solar power in the Netherlands: is that a duck? (Updated)

PV and electricity demand in the nuchter landje

This post has been originally published in July 2020. This is a version with the numbers updated to August 2021

Although the Netherlands is a not a country that everyone would define “sunny”, solar power is becoming there more and more common. According the TU Delft there are now 7900 MW of installed solar power, slightly less than 500 Watt of solar power per person living in the country. Australia has 680 Watt per capita and Germany 595 Watt, so the Dutch figure is honestly quite high.

We can access the data from the ENTSO-E Transparency Platform, which provides the demand observed by the national transmission system operator (TSO). Given that almost all the photovoltaic plants are installed in the distribution grid or behind-the-meter (for example the common rooftop installation), the generation of solar power is seen by the TSO as a reduction on the demand.

Then the question: can we observe a duck? The “duck curve” is the term invented by the Californian system operator to describe the impact of solar generation on the observed electricity demand. The Wikipedia page is quite nice actually showing also a couple of nice graphs, with ducks of course.

We plot now the average daily curve per month - only for the working days - from January 2016 to June 2020.

Is that a duck? Well, it seems there is a sort of “duckification” of the daily curve. However, we can try to check another thing.

Firstly, let’s check the trend of the hourly demand in the last years. We would like to see two things:

Apparently the demand was more or less stable during the last years (except of course for the drop due to the COVID-19 measures) but instead the demand between 9:00 and 16:00 dropped visibly.

Another step: let’s see the variability. The more the solar power capacity and the more we expect to see a day-by-day variability during the day (again let’s stick to 9:00-16:00). We want to visualise the “gap” between two consecutive (working) days: we expect to see larger gaps with more solar capacity.

Then the average difference of demand between two consecutive days is increasing from 500 MW in 2017-2018 to more than 600 during 2019-2020, peaking during the COVID-19 period. Then the variability during daytime has increased, probably due to the higher generation (and also lack of generation) of solar power.

According to Solar Market Europe, the Netherlands might add from 13 to 22 GW of solar capacity in the period 2020-2024. It will be interesting then to see how the charts shown in this page will evolve and change. Stay tuned. 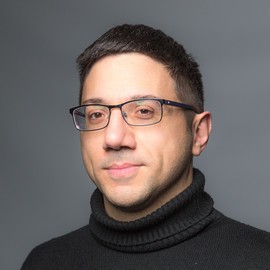